Posted by thunsicker in Atlanta Private Schools on June 18, 2011 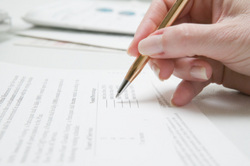 There's a possible second chance into the private school of your choice through a process known as "off-cycle" admissions.

Well, we all know how stressful and difficult it is to go through the private school admissions process locally.  The good news is when you’re local you know the schools, reputations and usually some people that go to the schools to help you along in the process.

I’m currently working with a family who is relocating to Atlanta with two high school aged children that are in private school in their current city.  I met them after they found about their relocation, but before it was public knowledge of the transfer.

They had been talking to friends at a popular private school and decided that’s where they wanted to apply.  They were assured by the school that they wouldn’t put them through the rigors of the application process, interviews and testing if the potential for a successful outcome didn’t exist.

When I met the relocating family, I suggested they apply to a few other private schools in the Atlanta metro area to hedge their bets.  Since they were from out of town, they wanted this particular school to know they were focused on them and decided not to do apply elsewhere.

Well, yesterday the news came, one child was added to the school’s waiting list and the other child was declined.  This news put the family into a tail spin.  We had found a rental property and honed  in on a purchase all around this school.  Now they were back to ground zero.

The term the family introduced to me as an option for them was new to me: “off-cycle” admissions.

I called an admissions director and asked her how to handle this family.  She was very helpful and suggested an educational consultant that has the contacts and understands this “off cycle” process. She said that she would help the family write up a bio to present to the schools, along with their test scores, etc.

Admissions Directors are prepared for this type of event and if a child is the right fit for their school, they can apparently make room for them since this phenomenon is common every summer with relocating executives.  I’ve known how to help my families that are “on cycle”, and now we’re working the system from a completely different angle – stay tuned and I’ll keep you posted as to the outcome

Here’s what happened! Check out this blog post on the Atlanta private school they selected.