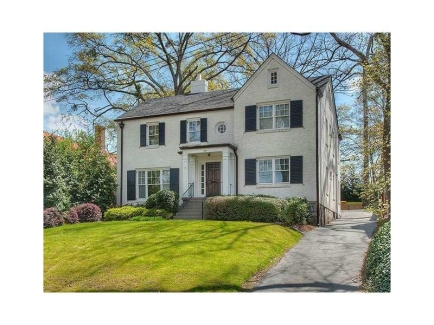 Ardmore Park is a neighborhood in South Buckhead that was built in the 1940s and has beautiful traditional homes as well as condos.

Click here to see a map view of homes currently for sale in Ardmore Park.

Ardmore Park in Atlanta is located in the southern part of Buckhead, very close to where I-75 and I-85 intersect to become the Connector.

In an area of about four square blocks, Ardmore Park is  located almost completely between Collier Rd and 28th street, Peachtree Rd and Ardmore Rd.

Andrew Jackson Collier’s homesite is the location of the neighborhood built in the 1940’s. The entire neighborhood exists in the area between the Union and Confederate lines during the Battle of Peachtree Creek.

Ardmore Park has homes, condos, and apartments, all nestled into tree-lined streets that is very peaceful.

*Some info taken from the Ardmore Park Neighborhood Association website.